How Much Does Disc Golf Really Cost?

How much does it cost to play other sports and do other recreational activities? When you’re looking at recreational time what does that really equate to dollar wise. I’m going to break down how cheap disc golf really is here at Sabattus Disc Golf.

It seems like everything costs too much money, disc golf doesn’t have to though. It’s an inexpensive sport to get started and continue playing. I can make you a bag full of discs to play any course here at Sabattus Disc Golf for less than $100, that you get to keep forever. One of the biggest things I tell people is that you don’t need to be rich to play. It’s not like ball golf, which I’ll get to in a bit.

SDG boasts 3 of the top 100 courses in the world; the Hawk (23), the Eagle (62), and the Falcon (35) as decided on by UDisc. As a pay-to-play establishment, a full day of disc golf here costs $12 for unlimited play on the weekend, and only $11 for weekdays. Compare that to playing at the 23rd, 35th, and 62nd best ball golf courses in the world, where you can’t actually play recreationally without being a member. The initiation fee at Winged Foot (23rd ranked ball golf course in the world) is $200,000. So let’s stop right there and take an even closer look. You could buy a 1000 yearly passes to Sabattus Disc Golf for slightly less than that. But how about just a local ball golf course, you’ll need a set of clubs ($250), tees that you break ($5), balls you’ll lose ($20), and an average of ($36) to play a round of 18 without a cart. So by the time you’ve invested the $300 worth of stuff, you’ve only played a single round and you’ve probably already lost some of it.

Let’s take a look at the average cost of some other pass times:


The point I’m trying to get at is, disc golf is inexpensive. You can play it solo, with a friend, or with a large group (tournament). Yes, some players can spend $300 on a bag, $300 on a cart, $25 on each disc, easily dropping $1000in merch. But you don’t need all that to start playing. Here’s my list of how to start playing for $100. You get a bag, putters, a straight flying mid, a couple of understable drivers, and a high speed driver that’s great for forehand or backhand, and everyone needs to have a towel in their bag. So let’s break that down:


That’s all going to be $87.48 after taxes, which leaves you $12 to get your weekend day pass to play as much disc golf as your arm can handle. And if you’re a numbers stickler, we sell airheads for .50 in the Pro Shop for a snack which brings you to $100.

One thing I find myself doing now is measuring the cost of non-disc items in terms of disc value. No seriously, I think about how dinner out on date can cost 2 premium plastic discs. Going to the movies, that’s another disc. Paying my car bill, that’s like a new bag! It’s kind of a unique way of measuring, but it really is a little thing that pops into my head. Maybe I’m just weird, let me know in the comments if that’s the case.

If you’re looking for a hobby or trying to convince someone to get into the sport show them this. You can get everything you need to play for a smaller amount of money and it’s a lifelong sport. You don’t need a new disc every time you go out to play, unless you are really bad and lose one every round. Sometimes you’ll get two or three in a day, other times you go months without a new disc in your bag. It’s a little at a time, nothing major all at once. This is just one more reason that disc golf is a perfect sport for just about anybody. 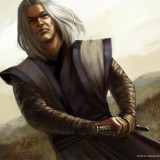 It’s time for the “Feature Card” to feature someone other than the usual suspects. The players filmed on Lead and Chase card deserve to be there because they earned a top 4 score for the tournament. I think we’re all in agreement that you want to see the best disc golf being played, so put them on YouTube.